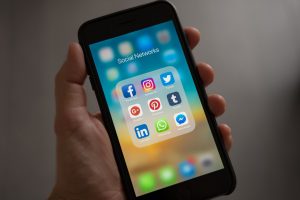 We’ve all heard that curiosity killed the cat and that ignorance is a blessing, especially when the subject won’t add anything to your life. As true as these maxims are, over time it has become increasingly difficult to avoid certain subjects or images. In short, in the past, if someone wanted to avoid the news, it was enough not to turn on the television or read in the newspapers.

However, times have changed. We live in a digital age. Of course, it is recognized that Google has completely changed the way information is accessed. However, a lot of searches that are done routinely in the search engine can yield results that no one was expecting or wanted to see. Here are some things to avoid googled.

When we are sick we usually go to Google “Doctor” to search for symptoms to be diagnosed. But whenever you Google the symptoms, a bad flu can turn into a terminal illness or a rare illness that you somehow caught. And paranoia is sure to settle in your head.

Some searches are not recommended because of what they may entail. In 2013, a man researched the words “backpack” and “pressure cooker”. After that, the police knocked on his door. The story even seems like a lie, but the fact actually happened on Long Island, USA.

Another true maxim is: what the eyes don’t see, the heart doesn’t feel. So what do you want to make your eyes see for? When you search for “bed bugs” on Google , there are pictures of tiny bed bugs and several tips on how to eliminate them.

Of course, you hadn’t even thought that such animals existed, let alone that they were infecting your mattress. Maybe sleeping after this quest will be a little more difficult.

Maybe that’s not such a big surprise to people. Even because of the privacy scandals that the social network has had in recent years. Still, it’s impossible not to get a little apprehensive and paranoid when you see how much Facebook knows about you. Sometimes, along with the search result comes that urge to delete your account.

Insomnia is a problem that affects many people around the world. And if you’re no longer able to sleep, it’s not recommended to Google the term. That’s because maybe you get into a great spiral of macabre stories that end up chasing away any traces of sleep once and for all.

Another popular maxim that is 100% right is that to die you just have to be alive. Normally, people are encouraged to enjoy life to the fullest, but take care of themselves at the same time. And one of the important points for health is food.

However, searching Google for whether a particular food or habit is associated with cancer may not be a good idea. This is because almost always there will be a link saying that food, apparently harmless, or some habit is indeed related to the dreaded disease.

This search made in English can be quite traumatizing. That’s because it brings up something you’ve certainly never even thought about in your life. The navel can be a veritable haven for bacterial concentration. And on the internet, several people have extrapolated this concept and created terrible images that will haunt you forever.